It’s taken me a while to finish this book. Despite its fast pace and high action plot, I’m afraid I didn’t love it and at one point almost didn’t finish it at all. It’s an alright read, and if you’re after fast paced action then it certainly meets the brief, but it just wasn’t original enough, and lacked character development.

The Great Zoo of China follows protagonist reptile specialist CJ, who has been invited, along with her photographer brother Hamish, to visit the new and impressive Great Zoo of China. As they arrive, they realise that this is no ordinary zoo, and that the Chinese authorities have been hiding a huge secret within the remote attraction. What starts as wonder soon turns to fear, as events take a deadly turn, and CJ finds herself fighting for her life against an undefeatable enemy.

If you’re thinking this all sounds vaguely familiar you’d be right: this book is best described as Jurassic Park with dragons. The author even references Jurassic Park within the first part of the story. The problem is that it is so much like Jurassic Park (at first anyway) that it seems almost entirely derivative. Once the main story gets underway, it does depart a little from that similarity, but that is no good thing in this case. I really enjoy fast paced thrillers where dangerous events and drama force the reader to suspend their disbelief. What these kinds of plots need though, are moments of calm within the storm, where the main characters can gather their thoughts, detect patterns and plan a resolution. This is entirely lacking in this book: the drama comes thick and fast, and before characters have recovered from one danger, the next is upon them. This, unfortunately, leads to the story feeling well beyond suspension of disbelief.

The story would also have benefited from more build up of tension before the inevitable dragon attack. Personally, I would have liked more hints at the impending doom before it struck, to allow the reader to feel a sense of tension before the chaos begins. My advice: stick to Jurassic Park and give this a miss.

Nina, in her late twenties, is shocked to find herself made redundant from her dream job in the library. She needs to find work soon if she is to continue to pay rent and live, but she is struggling to find where to go next. An off-hand comment from a friend gets her thinking about her life-long dream of owning a mobile bookshop. Before she can really think it through, Nina has bought a van and moved to Scotland, in a bid to make her dream a reality.

However, it’s not an easy move, and despite business booming, Nina has a range of situations to handle, not least dealing with her grumpy landlord farmer Lennox. Can she ever make a success of The Little Shop of Happy Ever After, and will she find love in the process?

This was a really fun book to read. It was fast paced and romantic, and particularly enjoyable for someone who loves books, due to the fact that the protagonist is so in love with books and reading herself. I found the romance element was different to the scenario had first expected, which made it particularly interesting to read.

Overall, a great summer book for a bit of light-hearted and uplifting reading.

‘We must not look at goblin men,

We must not buy their fruits:

Who knows upon what soil they fed

For someone who loves reading, I can honestly say that I do not read enough poetry. I enjoy it when I do read it, but my reading tends to focus more on novels. However, Christina Rossetti has been a firm favourite of mine since I studied many of her poems at University and I decided it would be a good time to revisit her poetry.

This collection contains her best known poems: Remember Me, After Death, Song (“When I am dead my dearest”) and of course, Goblin Market. Goblin Market itself tells the story of Laura and Lizzie, who know they should never eat the fruit sold by goblin men. Unfortunately, Laura is tempted and buys fruit by trading it for a curl of her hair. After she has eaten the fruit, Laura can no longer see or hear the men and grows sicker as she longs for more of the fruit. In the end Lizzie sacrifices herself to get some fruit to save Laura. Goblin Market is a story about the power of friendship to save, and the dangers of accepting fruit from strange men (it becomes clear that there are definitely some deeper hidden meanings within this Victorian poem).

This is a wonderful collection of poetry, exploring a range of themes and ideas, including the Victorian fixation with mortality as well as relationships (both romantic and family relationships). There is also a collection of Rossetti’s Christian devotional poetry. Ideal for those who enjoy Christina Rossetti’s poem or as an introduction to her poems for those who have never read them before. 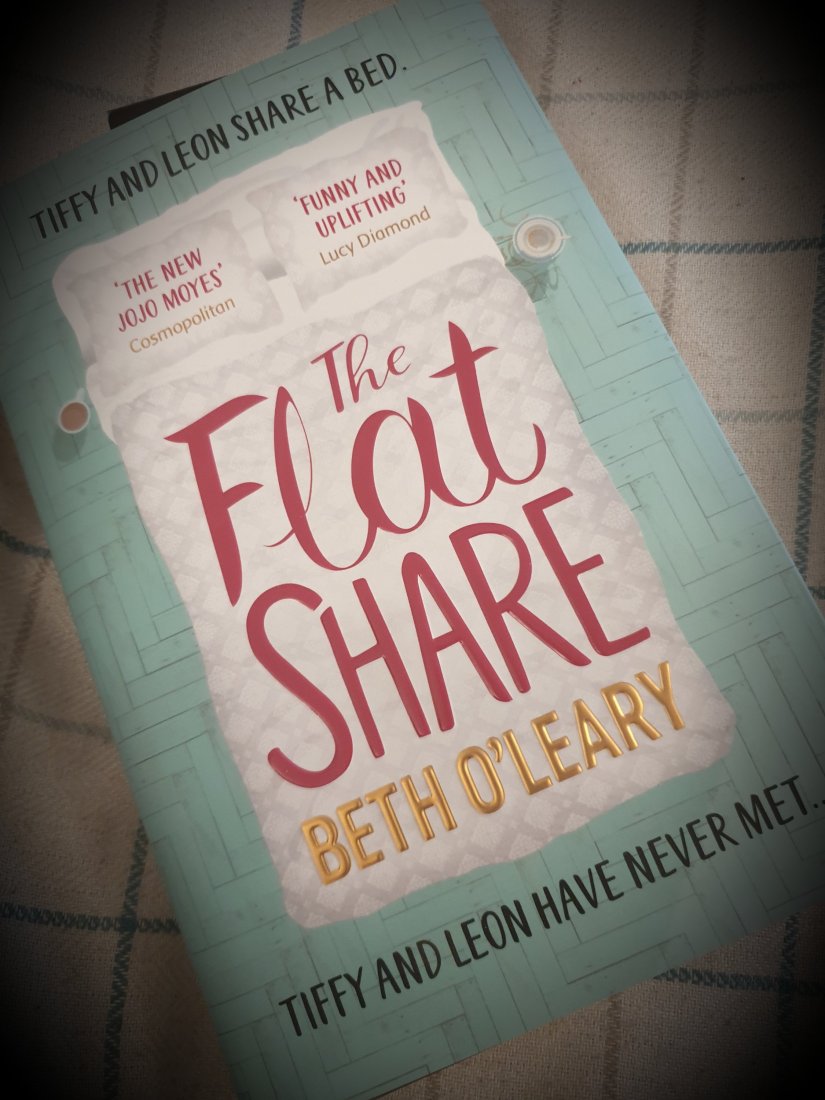 I picked up this book, having seen a lot of interest in it online. I read a few reviews, which all raved about how amazing it was, and knew I wanted to give it a read, especially as the plot sounded completely original and also great fun.

Following a bad break up, Tiffy is desperately in need of somewhere to live that fits within her tight budget… and a solution soon presents itself in the form of an unusual flat share. Leon is advertising the use of his bed overnight and at weekends: since he works all night shifts in his nursing job it seems the ideal solution to make some much-needed extra money, and he never even needs to meet his new tenant.

However, life is rarely as simple as planned. Leon and Tiffy begin communicating via a series of notes and soon learn a lot about each other and themselves. Leon’s brother is in prison and desperately trying to get an appeal hearing for the conviction he should not have been found guilty for. Leon is also trying to track down a former romantic interest of one of his patients. Tiffy has her own drama to deal with, as she comes to terms with the fact that her previous relationship was not as perfect as she thought it had been, and has to cope with the mysterious re-appearances of her ex-boyfriend at the worst times. In the midst of all this, Tiffy and Leon finally find the opportunity to meet the person they’ve each been sharing a bed with.

I absolutely loved this book. It was the kind of story that I didn’t want to finish, because I really didn’t want it to be over. The characters were engaging and well-rounded; not perfect but utterly believable. I really enjoyed the completely original idea at the start of the novel and found it worked really well in terms of plot progression. I particularly liked the early post-it communications between Tiffy and Leon. I also liked the fact that while it was funny and romantic, it also dealt with some darker themes, including abusive/controlling relationships. I think it drew a nice balance, showing that life is never simply sad or happy, but usually sonewhere in between.

Funny, heart-warming and positive… this is a rom-com well worth reading and I loved every page of it!