Earlier this year I read and enjoyed Clare Mackintosh’s psychological thriller I See You. I Let You Go is Mackintosh’s first novel.

I Let You Go, follows an investigation into a hit and run, where a 5 year old boy was killed. The narrative shifts between the police investigation and Jenna, who needs to focus on restarting her life following the trauma she has been through. It is full of twists and turns and I don’t really want to explain too much of the plot as it is best left spoiler-free.

This was an absolutely brilliant book; once I’d picked it up it was hard to put down. Every part of the story was fascinating, and I enjoyed the fact that the characters were fully developed for the reader, including the officers investigating the case. Here, you can really see the impact of Mackintosh’s police background as she brings the justice process to life for the reader.

Hard-hitting, unsettling, it sometimes makes for uncomfortable reading, but it is a real page-turner and a book I would highly recommend. 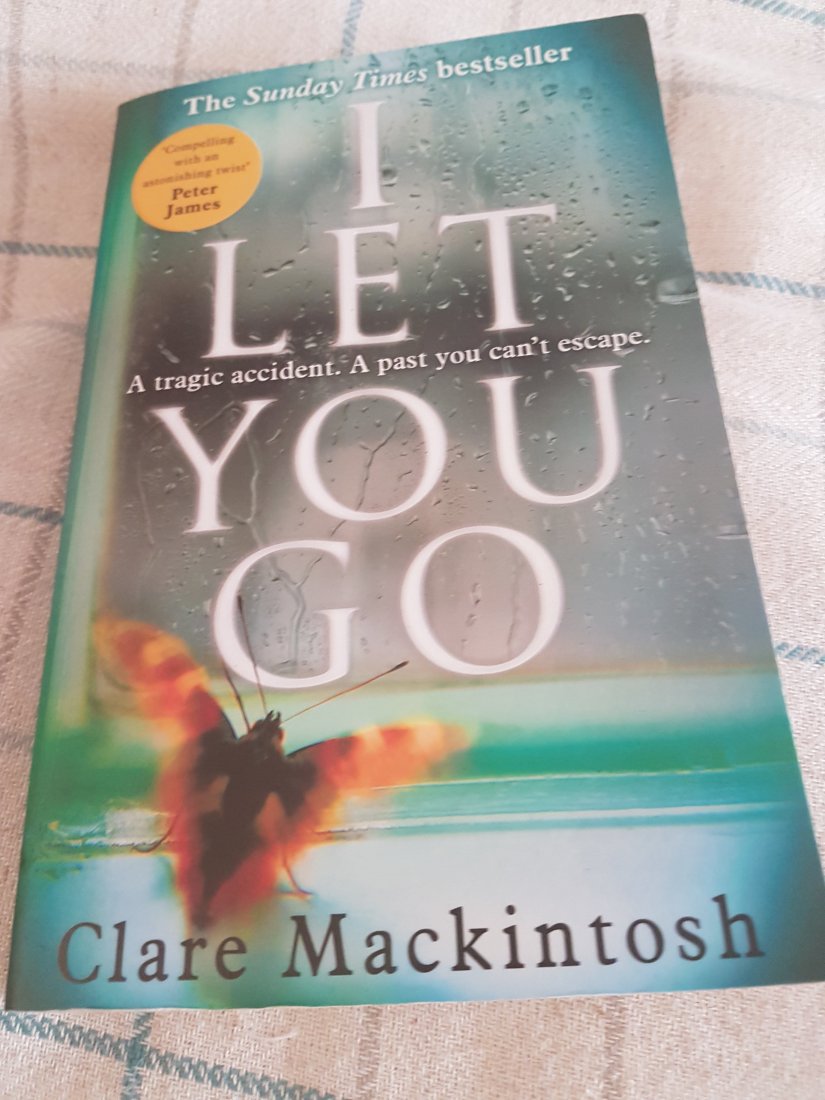 Georgette Heyer is one of those authors that I’ve been meaning to try for a while; her historical novels seem to have an enduring popularity and receive a lot of positive reviews.

The Comvenient Marriage follows Horatia, who makes an unusual suggestion when her sister is forced to choose between marrying for love and for money. Horatia goes on to become the wife of the wealthy Earl of Rule herself, a marriage purely of convenience. However a rival for Rule’s attentions mean that he is forced to make a stand for his wife, and in doing so perhaps uncover that it is more than just a marriage of convenience.

I have to be honest, I didn’t really enjoy this book. I didn’t particularly warm to Horry as the protagonist and her brother’s exploits, whilst meant to be a light interlude, were just a bit ridiculous. Rule also, was not a particularly likeable hero. All in all, reading this story felt like a bit of a chore and I finished it with no real desire to try reading any of Heyer’s other novels.

I think maybe in this case through it was a matter of me and the book being a poor match; others seem largely postive about Heyer’s books. Personally I’d rather turn back to Jane Austen for regency romance.

I’ve never read any books by Nora Roberts before and if I’m honest, my reaction to this novel was mixed.

Abigail Lowery has a secret that she guards very carefully. Aged just 16, a moment of teenage rebellion ended disastrously when she witnessed a murder by the Russian mafia. Ever since then she has been in hiding, carefully guarding herself from outsiders and continually putting up barriers. Police chief Brooks Gleeson may be about to change that, but can Abigail let her guard down enough to let someone in? And can she ever be free from the past?

I really enjoyed the first 100 or so pages of this book. It was fast-paced, dramatic, and appeared to set up a scenario that would make for an exciting page-turner. However, after that the pace slowed and the rest of the storyline felt like a bit of a let-down. It focused more on the romance than on the mafia storyline, which seemed to lead absolutely nowhere. Also, when I say romance, I actually found the main male character Brooks to be pushy, controlling and annoying; it felt more like harrassment than romance.

Overall, a great start but a disappointing ending and a middle section that lacked pace. It wouldn’t put me off reading anything else by Roberts (other reviews I’ve read suggest maybe this isn’t her best) but I wouldn’t read this particular book again.

I downloaded Caraval onto my kindle a while ago now, but had passed it over several times in favour of reading other books. I’m so glad I finally got round to reading it as once I started, I didn’t want to put it down.

Scarlett Dragna and her sister Donatella live on the island of Trisda with their cruel and controlling father. Donatella is passionate and impulsive, whereas Scarlett always thinks of others (mostly her sister) before herself and is willing to undergo an arranged marriage to a man whose name she doesn’t even know if it will ensure safety and security for both her and Tella. The sisters have long been intrigued by the stories they have been told of the mysterious Master Legend and Caraval, the game he runs where magic is reality and wishes can be granted. Scarlett has received tickets for Caraval but as always, duty wins out over desire and her wedding must come first.

Scarlett finds herself tricked by Tella and the mysterious Julian, and is kidnapped and taken off Trisda to another island to become a participant in Caraval. It’s only a game, yet Scarlett finds herself drawn into an increasingly frightening series of events, especially when Tella’s life is placed under threat. It’s impossible to know who to trust in this constantly shifting world, and whilst searching for her sister, Scarlett also finds herself increasingly drawn towards Julian, who has secrets of his own to keep.

I thoroughly enjoyed this story; it was packed full of adventure, romance and magic. Scarlett was a convincing character; she was strong and capable, yet also full of self-doubt, particularly at the start of the story. As readers we see her grow and develop as the story goes on. The romance between Scarlett and Julian was also well-written and convincing.

The plot contained plenty of twists and turns, and the line between reality and fantasy was often blurred within the story, leaving me guessing and questioning what was ‘real’ and what was part of the game.

A really fun, enjoyable book, I would most definitely recommend Caraval.