Liane Moriarty writes the ‘everyday’ so well – building tension around seemingly normal lives where there is always something going on beneath the surface.

In Truly, Madly, Guilty the events centre around a barbecue at which something goes horribly wrong (I won’t give any spoilers by revealing what it is). It turns out that every character carries around with them an element of guilt following the traumatic day, and these are slowly uncovered as the story progresses.

It is a really tense story, with plenty to make you think about the nature of guilt and relationships. Is it as good as my previous favourite of Moriarty’s, Big Little Lies? I’d say no, I don’t think it is, but it is still a really good book, with lots to discover about the secrets hidden within everyday lives and families. 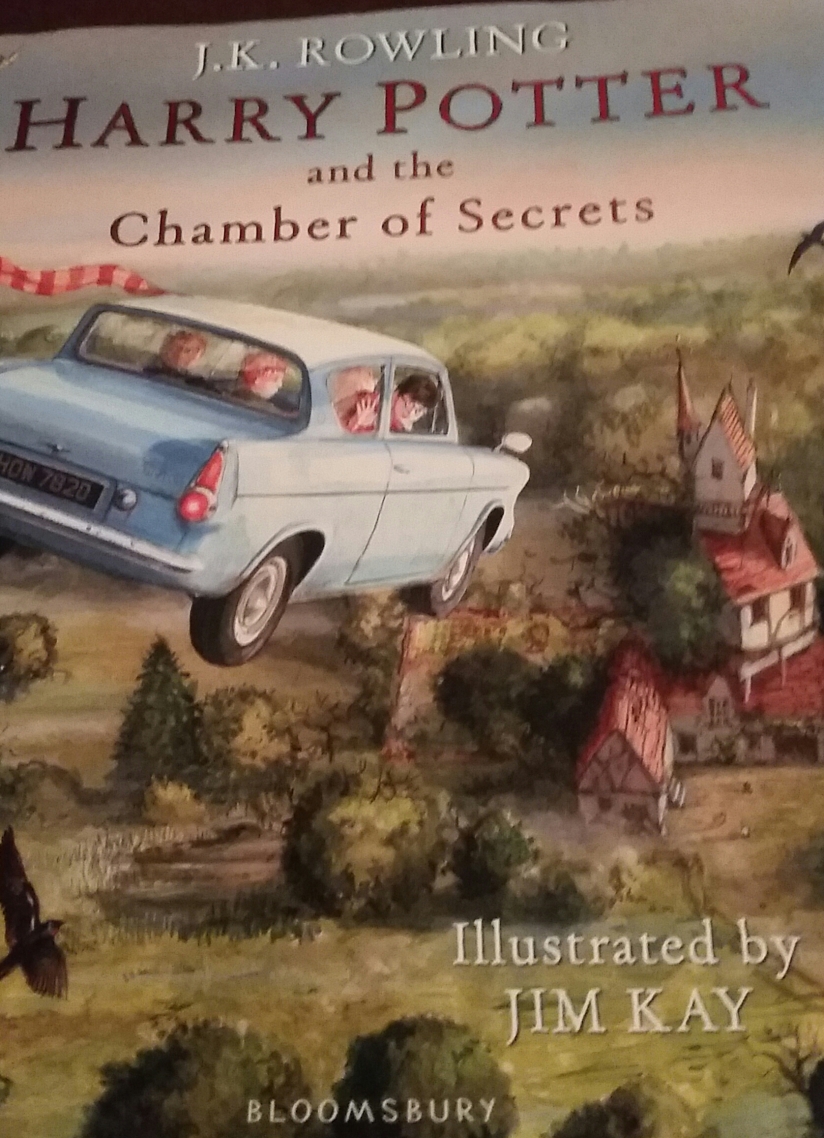 It’s no secret that I’m a bit of a Harry Potter fan. Last year I reviewed the illustrated edition of Philosopher’s Stone, so it’s probably no surprise that Chamber of Secrets was top of my Christmas list this year.

This is the second book in the series, which are each in turn being made into new hardback illustrated editions. The story follows Harry in his second year at wizardry school Hogwarts, where all the students, particularly those from Muggle families (that’s non-magical to anyone unfamiliar with the stories) face a great danger. Harry and his friends Ron and no Hermione must try to discover what the Chamber of Secrets really is and what dangerous creature is lurking there.

On first reading, if you had asked me to list my favourite Harry Potter books in order, Rowling’s second book in the series would have been right at the bottom of the list. At the time I found the plot a little less exciting than the first one, and filled with what felt like irrelevant details about Hogwarts and the wizarding world. Also I felt that there were just too many questions unanswered (Why did not one person in the story know that Tom Riddle was Voldemort’s name as a child? Why had no one come across the term mudblood in their first year?).

However, as is often the case, revisiting the story gave me a fresh perspective. Reading it now, knowing the significance of Riddle’s diary and various other plot points, it is actually far better than I remembered it to be.

As for the illustrations? Well once again they are so well done, each one giving a fresh perspective on the story. My favourite this time is a double page of illustrations and information about phoenixes: I just love the attention to detail that has gone into it.

Another lovely addition to the Harry Potter series.

When it came to the release of The Chemist, readers seemed to be split into two sides even before reading the story (or at least my brief search on a couple of websites suggested to me that they did). Either they were determined to love it, couldn’t wait etc etc, or it was a novel to be avoided at all costs simply because it was written by the author of Twilight.

I was actually quite excited to read The Chemist as the premise sounded really interesting. The Chemist that the title refers to is a woman who worked for a secret government agency developing new chemicals for a range of purposes, including interrogation of suspects in various national security threats. However, prior to the start of this story the unnamed government agency decided that it would be best to get rid of the entire team, in what was designed to look like an accident. She has now been on the run for several years, constantly paranoid, constantly hiding and wondering where the next assassination attempt will come from. And then her team contacts her regarding a terror threat so horrifying that she can’t help but be drawn back in…

Sounds a really exciting page-turner, right? And it does actually start that way. Unfortunately it soon gets bogged down with irrelevant information, a predictable plot and a boring and also implausible love story. In fact it got to the point where  I was waiting for an exciting twist that just didn’t happen… the big reveal of what was actually going on felt like a bit of a let down.

Overall, it started well, but the romance in particular was completely unnecessary. Not the best thriller I’ve ever read.

For many reasons it has taken me a while to write my review of this book, which I actually finished back in November.

I must be one of the few people who haven’t read Flynn’s massively popular ‘Gone Girl’, although I have seen the film adaptation so I was expecting this to be similarly dark, with unexpected twists.

And in that way it didn’t disappoint. In fact it was incredibly dark; at times a little too dark for my taste. The story follows the now grown-up only survivor of a family massacre, Libby Day. She is invited to speak to a group about what happened to her and is then lead into investigating whether her brother is as guilty as she believed  (and testified to).

It is exciting and dramatic and a page turner but it is also a deeply unsettling and disturbing story with very few (if any) likeable characters within it. The ending left me a little disappointed too, but to go into why would ruin the story for anyone yet to experience it.

Give it a go if you enjoy page-turners but be prepared to find some highly unsettling ideas within.